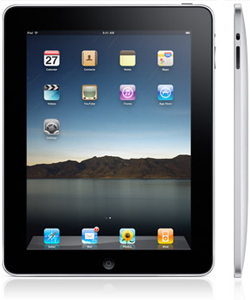 Apple Talk – Lost iPad at China airport … and, don’t try this at home

We spent October 2011 in China on a tradional tourist tour done by Overseas Adventure Travel (OAT). Really good, small group, lots of places, many reached by air. After Tibet we flew to Chongquing to embark on the Yangztee river cruise. After about 8 minutes walking out of the terminal I remembered I left my Ipad in the seat pocket. I thought for 1/2 second and said to Rodger, one of my travel mates, “Tell my wife and the tour guide that I left my iPad on the airplane and I’m going back. I quickly ran with my packback still strapped on. 90 seconds later I saw the airplane on the tarmac. I came to a now locked door going to the boarding corridor that led to the tarmac and 200 ft to the airplane.

I push hard and nosily on the door – its clean, shiny, long aluminum extruded horizontal handle said, “This is not going to end well for you”. Three security guards rushed over. They were young, dressed in white uniforms, and I said frantically to them, “I need to go back to the airplane, I left something on it.” I might as well have said, “I have this backpack loaded with a bomb and a want to go on the tarmac and blow something up”. They might as well have said, “Why are you American’s always worried about our Human Rights, and exchange rate of the Chinese Yuan?” We traded brief, but respectful un-understandable words.

Then, when I had exhausted the,”I left something on the airplane”, I volunteered “I left my iPad on the airplane”. The younger of the three immediately responded, “An iPad?” My heart jumped hearing “english.” I responded, “Yes, an iPad2!” He repeated louder, “an iPad2?!!” “Yes”, I exclaimed, “an iPad2!!!” He smiled knowingly and quickly opened the door. We hurridly walked down the corridor onto the tarmac. Neither us thinking about ID or boarding passes. I ran ahead to the airplane stairs, climbing quickly, and wondering, “What are the chances my iPad is recoverable?”

Not to fear. Reaching the airplane door I saw the pilot and two flight attendants scrolling through my recent pictures I had been editing on IMovie before I closed the magnetic cover and putting it in the seat pocket in front of me.

“Nice pictures!” the pilot offered as he handed the iPad2 back to me.