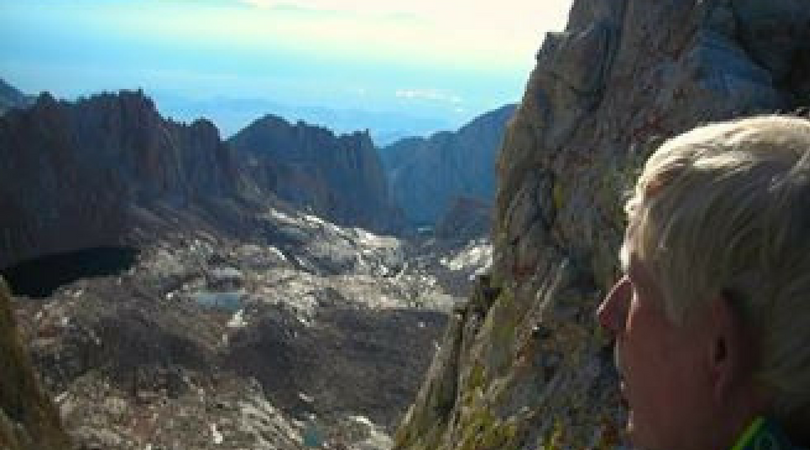 Was not 80, but tried it again on July 3, 2015. Why not? What could go wrong? And with lots (3 half marathon and one full) of running the first half of the year, I figured to be in great shape. So after doing the Mammoth Half Marathon on June 21, I stayed another 10 days at Mammoth (8000 ft), assuring altitude acclimatization for Whitney. A two hour drive on July 2 and I was at Whitney Portal.

And I since I did well last year not getting any sleep I decided to leave Whitney Portal at 8:45pm (midnight last year). The plan was to be on top at 5am to watch the sunrise. It was one long night … and slow … and my legs said “no”. Around 4am, only half way up the 97 switchbacks, I was not going to make it and thought I would just go to the trail crest and turnaround. But the with light of dawn and the encouraging conversation of new found hiking buddies I summited at 9am.

And then, the saga of the return down. I barely got back to Whitney Portal before dark. Boredom, fatigue and light–headedness were my companions as everybody passed me. Pretty sure I saw the Dalai Lama around hour 21. He said something about a compassionate, joyful life. I shared that my back hurt.

I would have paid $2000 for a helicopter ride down.

Maybe my running regimen of 2015 along with the extended altitude acclimatization was not sufficient preparation. I had done minimal, as in zero, mountain hiking the past year. Brilliant. Another bone-headed move was doing a half marathon at Mammoth 10 days before. 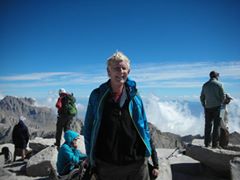 Time to get back on the trails again and exercise those stair-stepping muscles. After all this IS dayhiker.com, not dayrunner.com.